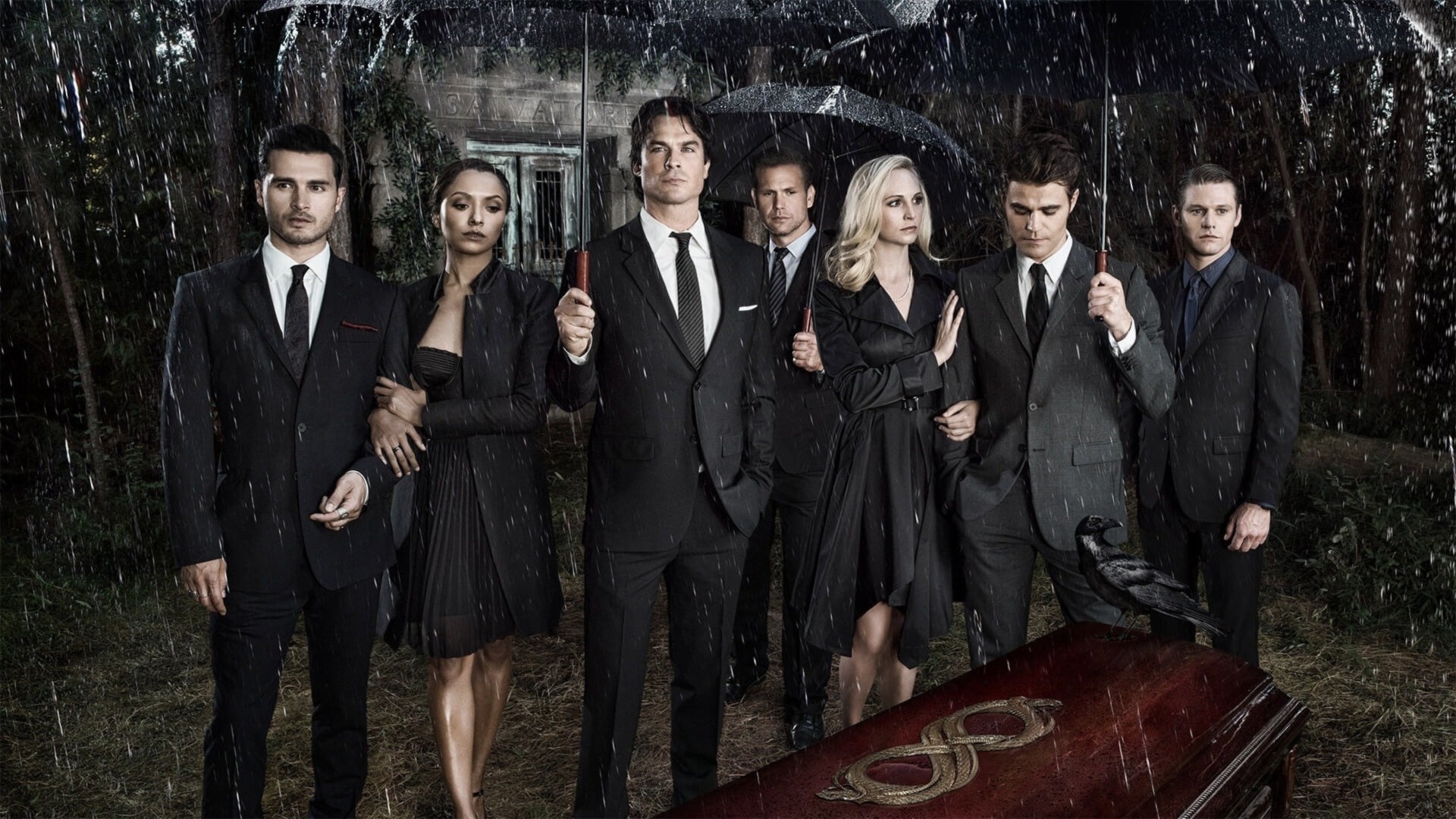 The Vampire Diaries is an American supernatural drama series that is based on the book series of the same name written by author L. J. Smith. The series is set in the mysterious town of Mystic Falls and follows a teenage girl named Elena (played by Nina Dobrev) when she has a love at first sight encounter with Stefan (played by Paul Wesley), who happens to be a vampire that is several hundred years old. Elena has no idea that Stefan is constantly trying to stifle his urge to taste her blood. As their bond strengthens, Elena and her friends are unknowingly becoming deeply entwined with the dark side of Mystic Falls. When Stefan's brother Damon (played by Ian Somerhalder) arrives in town, he makes it his mission to take Elena for himself and will do anything in his power to make it happen. The series ran for eight seasons, with the final episode premiering on March 10, 2017.