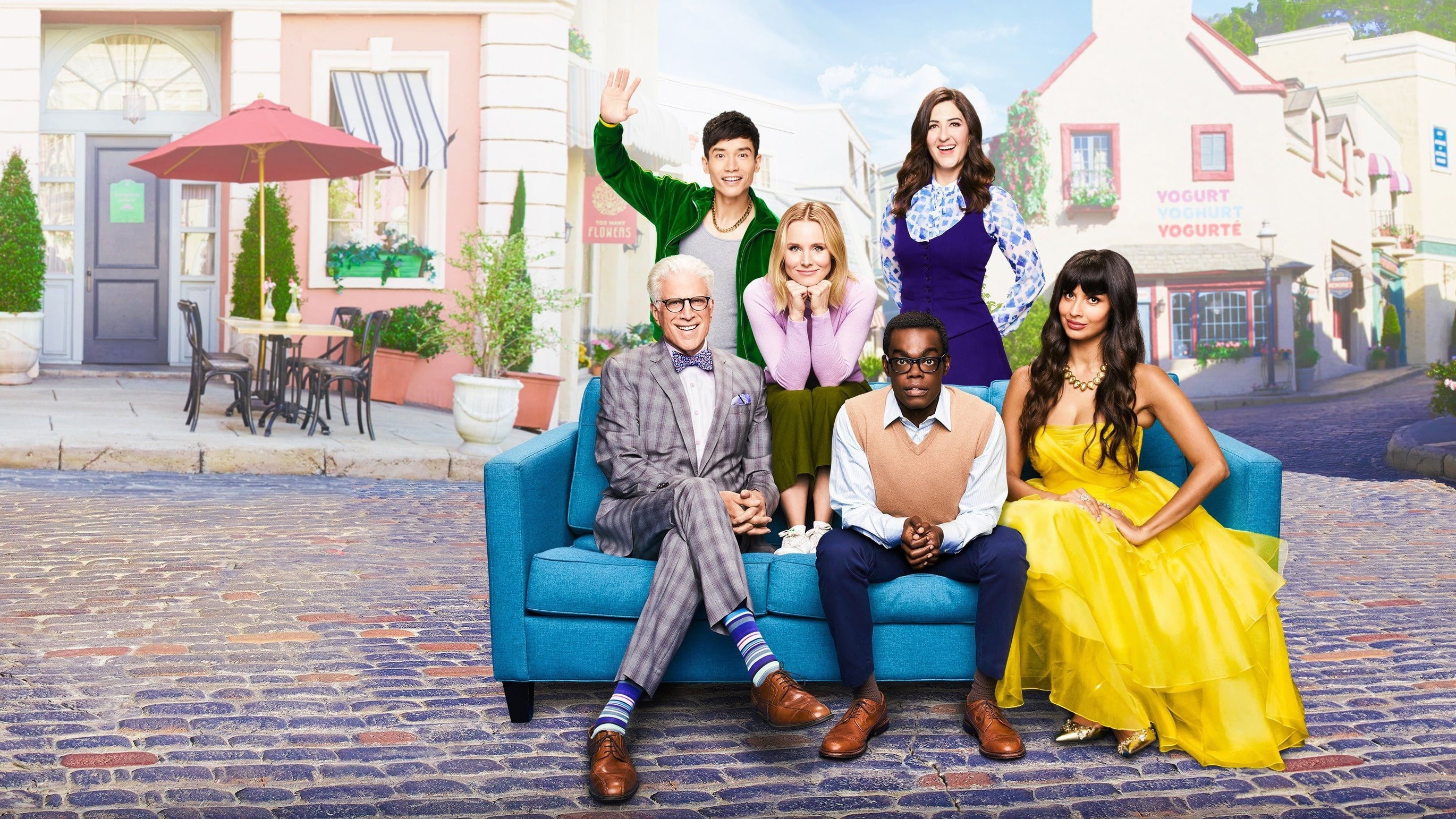 The Good Place is an American comedy television series that follows what happens to humans in the afterlife, where they are either sent to the "good place" or the "bad place". Initially, Eleanor Shellstrop (Kristen Bell) finds herself in the "good place" run by afterlife architect Michael (Ted Dansen) and his all-knowing assistant Janet (D'Arcy Carden). Knowing that there must be a mistake, Eleanor decides she must keep the secret to herself while she tries hard to right her wrongs and become a better person. Eleanor befriends several people along the way; Chidi (William Jackson Harper) is presented in the "good place" as Eleanor's soulmate, who devoted his life to philosophy and ethics. Eleanor's neighbors: Tahani (Jameela Jamil) is viewed as being beautiful and exceptionally intelligent, as well as a magnificent hostess; her soulmate, Jason (Manny Jacinto), initially finds that he too is in the "good place" by mistake. He is there under the name of Jianyu, a silent monk, and decides to keep his real identity a secret. When Jason was alive, he was a DJ that would often rob people to make a quick buck if needed. As the series progresses, there are many twists and turns where the friends learn that they aren't actually in the "good place" but are in fact in the "bad place". Ultimately, the crew finds themselves working together to prove that people can change even after death and are trying to work their way into the real "good place". The Good Place premiered in September 2016 on NBC and ran for four seasons. The final episode aired on January 30, 2020.