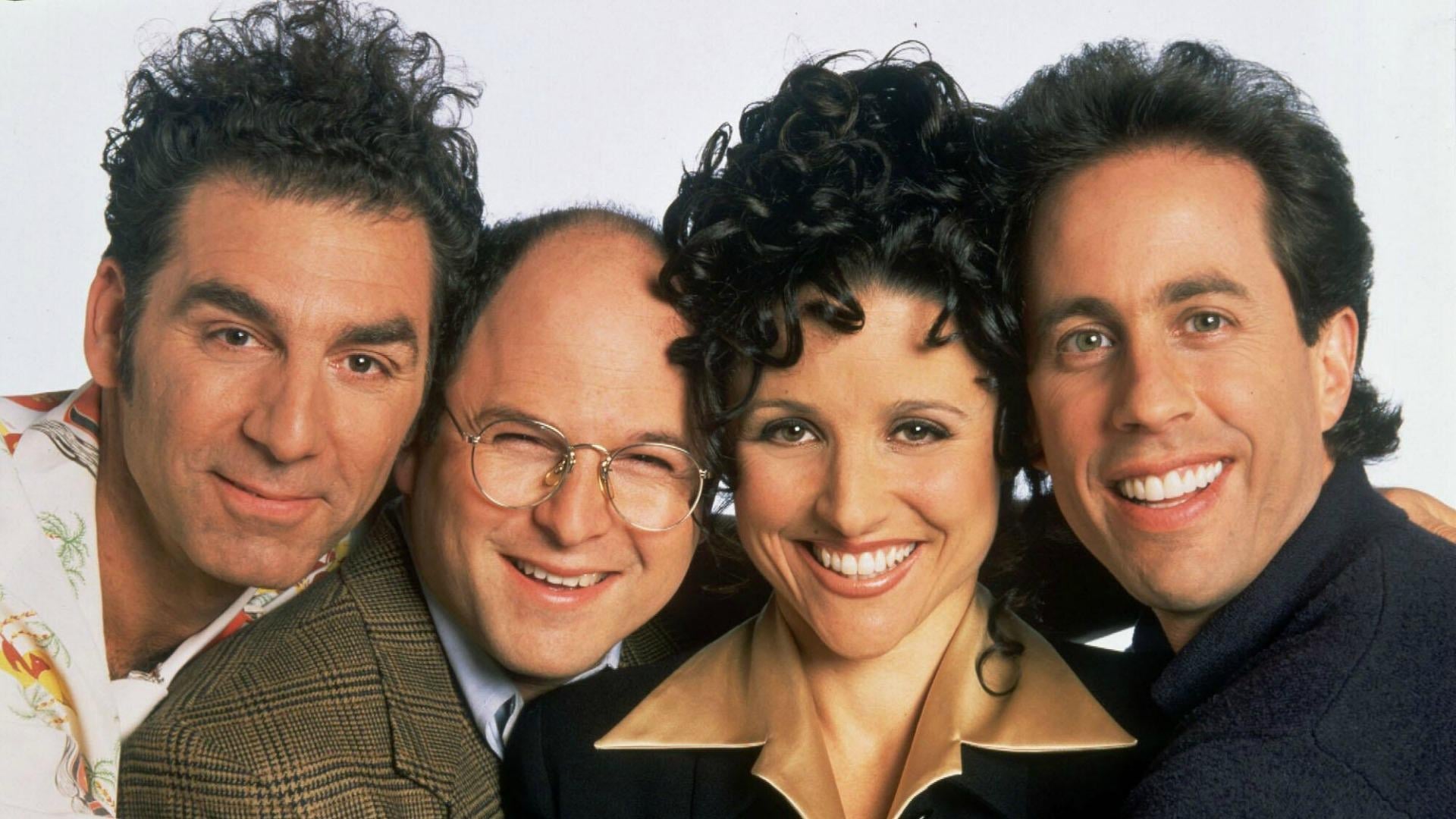 Seinfeld is an American sitcom series created by Jerry Seinfeld and Larry David. Famous for being a show about nothing, the series follows famous standup comedian Jerry Seinfeld, as he plays a fictional version of himself and his three close friends; George Costanza (Jason Alexander), Elaine Benes (Julia Louis-Dreyfus), and Cosmo Kramer (Michael Richards) as they go through the various trials and tribulations of everyday life. George is a self-proclaimed "Lord of the Idiots". Elaine is edgy and neurotic but at times can come across as quite superficial, and Kramer is wildly eccentric known for his vintage style and bursting through the door of Jerry's apartment. The crew can often be found discussing various unusual situations at a local diner or at Jerry's apartment. The show about nothing is at times deeply relatable with scenarios to which we can all connect within our own lives. Seinfeld premiered on July 5, 1989, and ran for nine seasons.