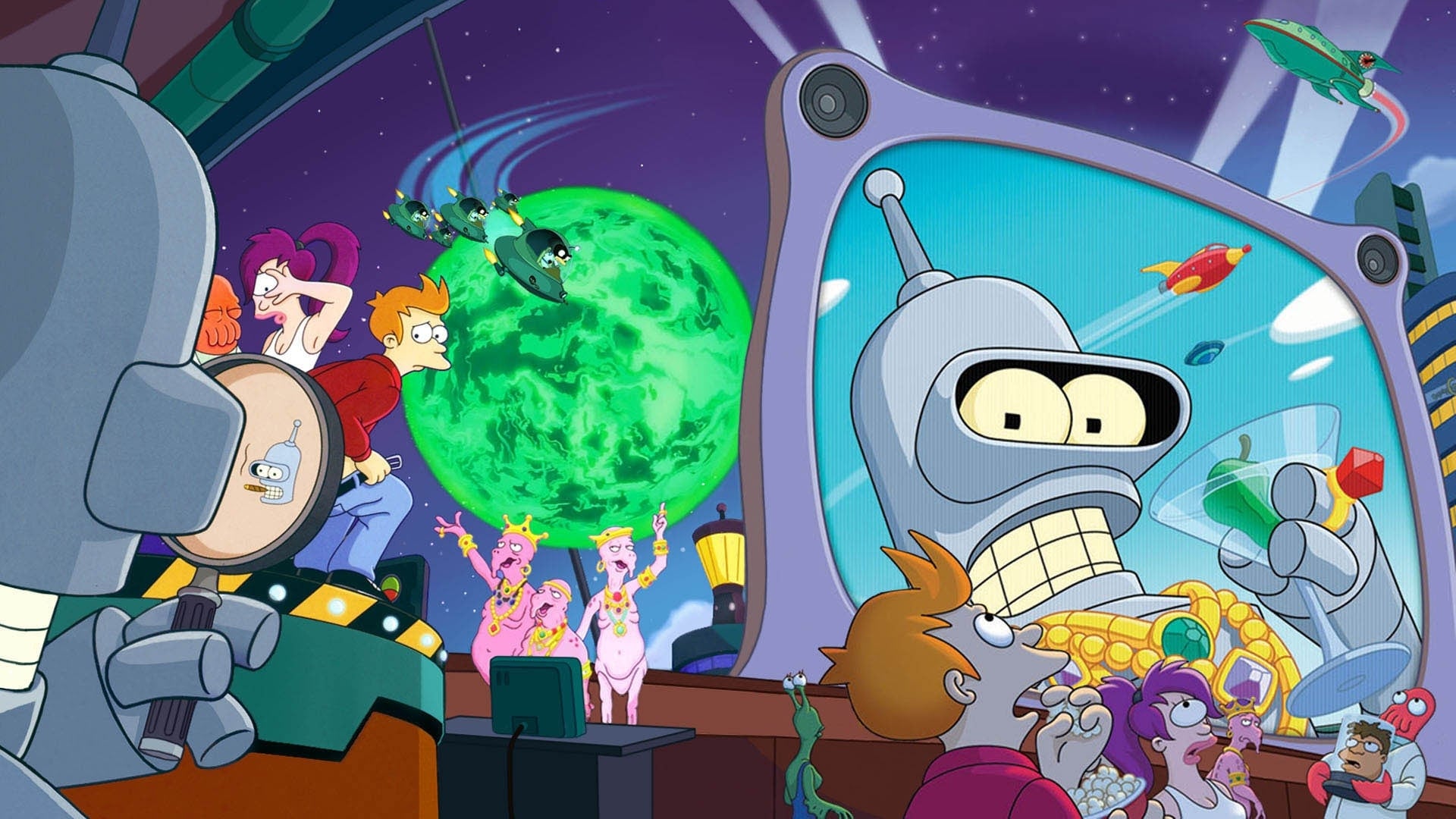 Futurama is an American animated science fiction comedy that targets adults, and it was created by Matt Groening. The series follows Fry, a pizza delivery guy that was frozen for 1,000 years and wakes up in the year 2999. Fry is taken in by his only known relative, an elderly scientist that owns the Planet Express, a cargo delivery company. Fry becomes close with those that he works with at the Planet Express, especially Leela and Bender. Leela is a beautiful alien and the captain of the delivery ship. Bender is Fry's roommate, and he is a foul-mouthed and irritable robot that is fueled by alcohol. Futurama originally premiered in March 1999 on Fox and ran for seven seasons.