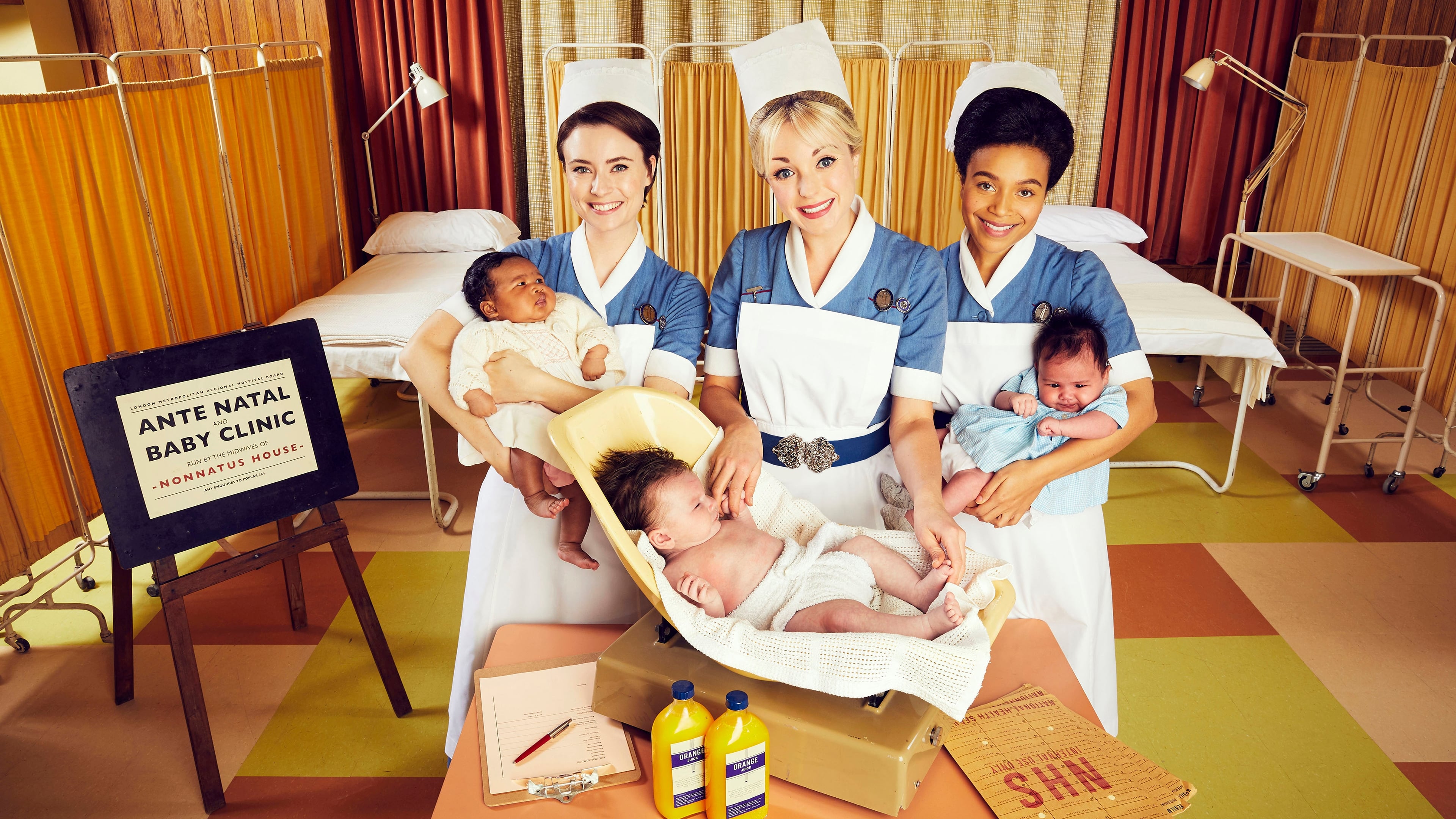 Newly qualified midwife Jennifer “Jenny” Lee (Jessica Raine) and her fellow nurse-midwives cope with the ever-changing landscape of post-war London in the BBC drama “Call the Midwife”. Based on the life of Jennifer Worth of the Community of Saint John the Devine, the series follows these nurses as they live their lives in 1950s’ London’s East End. The series premiered in the United Kingdom on January 15th, 2012, and arrived on U. S. shores on September 30th, 2012, via PBS. There are eight self-contained seasons in total.